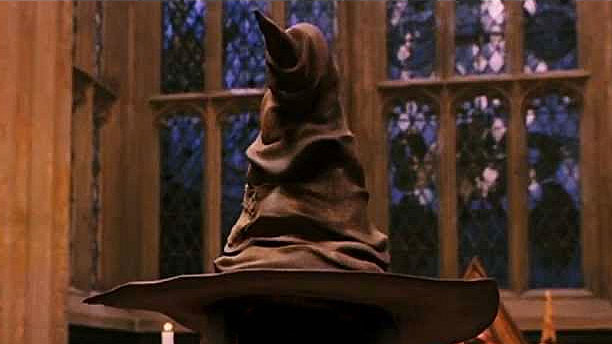 So, fellow Potter fans. We’ve all been waiting for it, and despite frequently checking the new Pottermore website I feel I’ve missed the memo. The new Harry Potter Sorting Hat Quiz has arrived, and this time – it’s official.

I remember having several accounts on the old Pottermore website. First, when I discovered the movies – back then it was a very basic version of the site but quite interactive, and second, just before the website closed for its revamp. I couldn’t remember my old username or sign in so had to be sorted twice, and both times I was put into Ravenclaw.

Keen to experience the magic of the Harry Potter books, I’m usually one to try every sorting hat quiz that I come across. The silly ones, the more serious ones, and the ultimate one which was based on all the questions from the old official Pottermore website. Usually my results were pretty mixed but consistent – Ravenclaw, less often Gryffindor, and two or three Hufflepuffs. Over the years I accepted that, despite the occasional quiz result, I was no Gryffindor, and came to think of myself as Ravenclaw instead.

Then finally, along came the new Pottermore quiz. The pressure was real. We all know how those sites don’t give you the option to redo the quiz if you honestly feel that you’ve been incorrectly placed, and so the stakes were high. I think I was trying to be too clever, trying to remember what I put last time rather than answering instinctively – because then came the unexpected result, Hufflepuff.

There’s nothing wrong with Hufflepuff, of course. For some reason people seem adverse to being placed in it, though I think that’s mostly because in the films they don’t see much screen time. I quite like the Badger motif and I love the house colours. They have, I think, the best Quidditch jumpers, and their house personality traits are pretty admirable.

So then why did it matter so much? J. K. Rowling had spoken. Hufflepuff. Except it was a shock. I’ve only got Hufflepuff a few times before, and none of them were from official quizzes. The most in-depth non-official one I did ranked me in order of Ravenclaw 70%, Gryffindor 20%, Hufflepuff 10% and Slytherin 0% (roughly), so this seemed like a huge curve-ball. I’d answered the same as the last Pottermore quiz, right? So why was it different?

I had to try again. With multiple email accounts already available to me (work, personal, etc.) I decided to double check. It was sensible. Then, if I got the same answer twice, I’d know that I was officially one of those many people whose house colours had changed.

Except then it kind of felt like cheating. What if I was a Hufflepuff? What if by retaking the quiz and choosing the result I was used to, I was being untrue to myself? To my true Hogwarts house?

I used my third email address. Yes, I do have one. This time I answered exactly as before, hoping for either Hufflepuff or Ravenclaw to sway the results and give me a best of three. But then, queue drumroll: Gryffindor. What next? 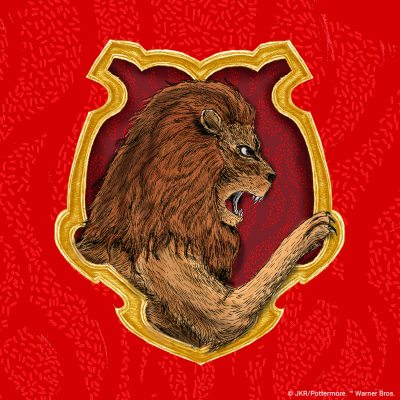 My results were starting to mirror my results over the years, confused, yet at this stage with no real predominance. I began to think I was being silly. If I’d just got Ravenclaw in the first place I’d probably have thought nothing of it. Then again, I’m pretty sure I would have done another quiz anyway, just to make sure I was 100% Ravenclaw. I mean, I have to know. I’m planning to go to the Harry Potter Studio Tour and buy the relevant house jumper, for goodness’ sake.

Hufflepuff, Ravenclaw, Gryffindor. I couldn’t leave it at that. I’d made a right mess for myself, and half-wished I’d just stuck with Hufflepuff. But the results of the following quizzes had made me doubt the very quiz itself. It was supposed to be official, all knowing. And yet, it didn’t seem to know anything at all. One more account was made. I had to do it. If I got Slytherin, I’d try again. I was committed at this stage. The first house to duplicate would become my house. Hufflepuff, Gryffindor, Ravenclaw or Slytherin; I’d sit with it, and buy the jumper – I just had to know. It’s important. So very important.

The fourth quiz. Again I answered honestly, though much of my answers were of course the same. There’s a little variation in the questions and order but the gist is generally what it was on the old Pottermore site, which is why my original result of Hufflepuff was so surprising. What was it to be? Black and yellow, red and gold? Bronze and blue? Green and silver?

Bronze and blue! Ravenclaw. That settled it, there was no way I was taking it again. No. Way. It was far too confusing, far too much of an identity crisis and a bit too confronting. I mean, why did it matter so much? I can’t even answer that. It just did.

I felt a little disappointed. By this stage I was leaning towards the possibility of being in a house that has book-correct merchandise to purchase. Embracing Hufflepuff seemed like a way to defy all the Hufflepuff haters and go against the grain, and being in Gryffindor spoke to the prestige of being in the same house of Harry, Hermione and Ron. And then because of the previously confused results I doubted the quiz even now. Despite me sticking to my own rule.

It seems I’m going to have to just accept the results of all the quizzes I have taken over the years, the ones that have pushed me towards Ravenclaw, with a hint of Gryffindor and some Hufflepuff thrown in there too. I’ve never got Slytherin, so I can say at least that I’m definitely not that. The wand result was a little more decisive, and had some wonderful personality descriptions to go with it. Ebony, Unicorn hair, 13 ¾”, Slightly Springy. I got it every time, so I can’t argue with that.

In the meantime I’ll have to come to terms with realigning with my correct Pottermore house. Because of my history and the 2 out of 4 result I’m sticking with blue and bronze. The excitement and loss of the new possibility of Hufflepuff will pass and I’ll be content with Ravenclaw once again. Besides, I’ve run out of email addresses and can’t test it anymore. Know how to delete accounts on the new Pottermore, anyone?

Author of The Future King: Logres