The first snow of the year has fallen, my 27th birthday has passed, and the weekend is nearly over. Oh, how Mondays seem 5 to 7 of the normal week! The reviews are starting to arrive for The Future King: Logres on the various hosting websites (mostly positive), and they’re highlighting (quite naturally) just how subjective this whole reading business really is. With various other commitments dominating my schedule, I feel I’ve failed to really get a good chunk taken out of the task of writing book two, but am comforting myself with the knowledge that much of my creative process involves a short waiting period, one in which I wait for a particular scene or chapter to bubble away in my head until it feels ‘done’.

With the excitement of my ebook giveaway over, now comes the lull in which sales and shares drop slightly. Both will pick up again, I’m sure, but I’m not one for sitting and waiting if I feel I can be doing something constructive (mind-scene-bubbling counts as constructive too, by the way, just not immediately productive). Presently I’ve been wasting my time running about Middle Earth as a Warg

(I know, I know), but today I’ve also prepared my next trick: a free hard-copy giveaway (signed, five to be exact) of The Future King: Logres, on Goodreads.

This won’t be open for entry until the 1st of February (I had to list it at least seven days in advance for some reason), but once the giveaway is available all you have to do is click ‘enter giveaway‘. I’ve even put a handy Widget in the sidebar for your convenience, so there’s no excuse for you not to enter. All you need to do is supply your address to Goodreads if you win, and then I’ll post you a nice crisp copy of The Future King: Logres, personally signed by me, the author. 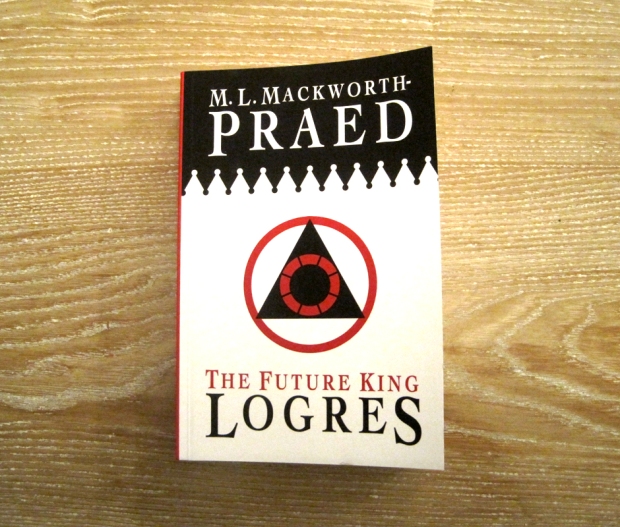 Meanwhile I’m trying to get the start of the second instalment right. It picks off right where it left off, in the middle of the action, and I’m aiming to ensure that Volume II is much faster-paced than Volume I with much higher stakes. I’m excited about continuing to develop my characters, who are essentially still growing into their ultimate roles, and am particularly excited about unravelling some of the key twists (some my entirely own, and some slightly more inspired by the Arthurian legends).

Mostly as I await more feedback about how people are finding The Future King: Logres (trying not to page-stalk my own stats too much), I’m just hoping that people are actually enjoying reading it more than anything else. Naturally, I’ve been taking note of any feedback and have been creating a bulleted list. Do I agree with what the reviewer has said? Are other readers saying the same thing? Yes? No? Partly? I’m sure a seasoned author will tell me to avoid reading your own reviews, or to perhaps avoid worrying too much about them, and though the book you write should firstly be written for yourself – if you enjoy it, that’s the main thing – it’s also meant to be enjoyed by others and interpreted, and perhaps someone might give you a point for improvement that (when you think about it), might make a little bit of sense.

Or not. You may disagree entirely. Such is the nature of taste. It is, quite naturally, entirely subjective.

Author of The Future King: Logres